Sweet Dreams are Made Of… What, Exactly? 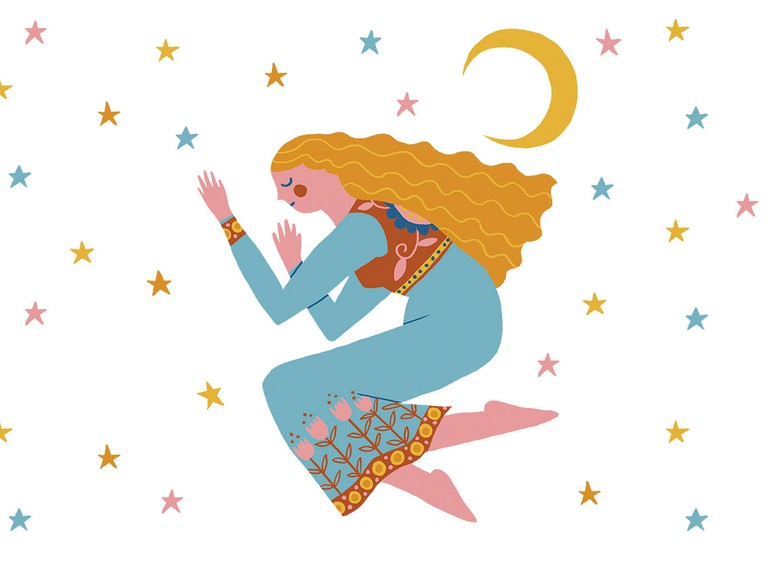 Who am I to disagree?

As the Eurythmics wrote their hit 1983 song, “Sweet Dreams (Are Made of This)”, their motivation probably had nothing to do with the science behind what dreams are actually made of. Whether you’re “California Dreamin’”, a “Daydream Believer”, or walking “The Boulevard of Broken Dreams”, you’ve probably wondered at one point or another, the chronic query– why do we dream?

Dreams have been a topic of controversy for as long as written history goes back. Just like theories behind personality, theories about the purpose and meaning of dreams evolved over the human timeline.

Early civilizations such as those in Mesopotamia, China, and Egypt, believed that dreams contained divine revelations and urgent prophecies from the gods and the dead.

Dreams would frequently be interpreted by priests, decoding the cryptic messages that filled the sleeping hours of the dreamers. Diviners would advise mortals about their dreams, who would use them to guide life decisions, as well as day-to-day verdicts. Bad dreams would not be spoken of, in fear of making them a reality.

Ancient Egyptians utilized rituals and dream incubation to try and invoke helpful, problem-solving, and productive visions, as nightmares were viewed as direct communication with demons.

It’s All in Your Head 5th Century BC

The divine revelations theory was widely regarded until around the 5th century BC when scholars began to reflect upon the world around them, questioning the foundations set by the ancients.

Heraclitus, a Greek philosopher and academic, was the first to suppose that the origin of dreams is actually in the mind, and does not have anything to do with celestial prophecy. The classical philosopher Aristotle solidified that dreams do not predict the future–if they do, it’s merely a coincidence. The famous academic also observed that much of the animal kingdom also dozed off at one point or another, and hypothesized that dreaming was a result of the digestive process.

As the tone of dream study pivoted from being divine in origin to physiological, dream incubation and interpretation were no longer regarded as valid practices.

The Renaissance was a period of new beginnings, as it was accompanied by the credences of skepticism, existentialism, and humanism. During this period, the surfacing art style– romanticism– would lead artists to depict sleep as possessing healing abilities, but simultaneously resembling death.

Constantly critiquing and appraising the beliefs of those who came before him, Italian polymath and physicist Girolamo Cardano connected a more abstract view of dreams to one’s physical health, claiming that a dream is a passive reflection of an individual’s physiological and emotional wellness.

20th-century neurologist Sigmund Freud is accredited with developing the foundation of contemporary dream theories, as well as marking the turning point of dream analysis. Announcing that dreams are a plausible form of wish fulfillment, Freud was the first to profess that dreams were governed by the subconscious mind.

Whether it be confronting conflict or satisfying desires, he wrote in his 1899 novel, The Interpretation of Dreams, that dreams have a definite subliminal meaning. Therefore, the interpretation of dreams was intensely re-popularized, as Freud founded the practices of psychoanalysis and free association. His theory is referred to today as the Wish Fulfillment Theory and is still widely accepted by the general public today.

“I think people dream because it’s their way of solving issues in their real lives,” theorizes sophomore Summer Laskey, a believer of the Wish Fulfillment Theory, “Different dreams represent different situations and problems people are dealing with in the real world.”

Hobson and McCarley idealized that during REM sleep, the brainstem and limbic system become active, which are the parts of the brain responsible for emotional memory. This brain activity was said to generate all dreams, nightmarish or pleasant. Until this supposition, sleep was regarded as a passive process.

Bringing a more scientific approach to dream theory to the table, the two scientists strayed farther from the speculative and abstract theories than ever before. Their revolutionary theory is cited as the Activation-Synthesis theory.

In 1983, British biologist Francis Crick and scientist Graeme Mitchison promoted the Reverse Learning theory stating that dreams are a form of “taking out the trash”, a result of the brain eliminating unnecessary information from the waking hours that it simply doesn’t need to store.

Partially building on the ‘77 theory by Hobson and McCarley, Crick and Mitchison described that unwanted or incorrect memories would be sorted through and discarded solely during REM sleep. This theory of nighttime cleansing would further the idea that sleep is a time of restoration, and potentially catharsis, for the unconscious brain.

Refining the theories of scientists before him, psychiatrist Jie Zhang suggested that during REM sleep, memories are transferred from short-term to long-term storage. The relocation of memories can be compared to the game, musical chairs, for memories, a survival-of-the-fittest type process. In his theory, titled the Continual Activation Theory of Dreams, Zhang stated that there are two categories of dreams, resulting from the transfer of either technical memories, or declarative (or explicit) memories.

A new theory would surface soon after Zhang’s Continual Activation theory, suggesting that dreams are a byproduct of the reactivation of memories as they are stored and consolidated. This theory would be called the Memory Consolidation theory.

Swerving the study of dreams in a completely different direction, Finnish neuroscientist Antti Revonsuo believes that dreams and nightmares are the results of evolution. Reporting that dreams– especially the lucid sort– provide dreamers with insight to solve real-life problems and strengthen emotional integrity, Revonsuo declared that dreams allow us to practice for potentially dangerous situations.

The main idea of this theory is that dreams are an evolutionary trait developed to further our decision-making skills, and ultimately our survival, as a species.

The Contemporary Theory of dreaming is that dreaming is therapeutic to a dreamer. This theory promotes the idea that dreams help people make connections guided by sentiment and imagination, promoting emotional advancement and integrity both as individuals and as a species. According to this theory, dreams are a cathartic and purgative release, lessening the feeling of strong and negative emotions during the waking hours.

This theory ties back to the Renaissance theory involving physical and emotional health, claiming that dreams are a way of keeping humans emotionally healthy, flexible, and adept.

Whether you’re feverishly dreaming about a vacation gone wrong, or simply a Bichon Frise playing the saxophone, the “why” is still unclear, and highly disputed.

Perhaps you have a fear of Bichon Frises, and your brain is preparing you for a potential real-life confrontation with the formidable beast. (Evolutionary Theory) Perhaps you had a particularly unfortunate run-in with a ravening Bichon when you were twelve, and your brain is processing the very traumatic memory during REM sleep. (Activation-Synthesis Theory) Perhaps you are longing to adopt your very own, musically gifted Bichon Frise from your local ASPCA. (Wish Fulfillment Theory)

Whatever the case, the question “Why do we dream?” will remain a mystery to the average dreamer for the foreseeable future.

Which theory (or theories, plural) do you suppose to be true?