War Veterans Cast out onto the Streets 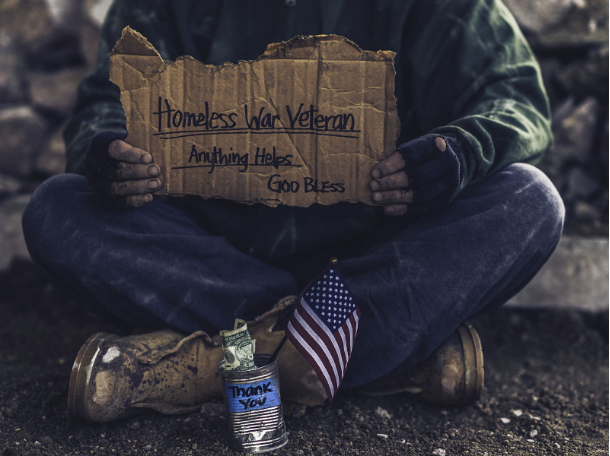 War veterans— our family, friends, and heroes. Those who were willing to give up their lives for this country, leave everything behind so that we can feel safe. Still, not all of these brave soldiers live the life that they deserve, and their sacrifice has led them to life on the streets.

Many of the soldiers who came home after the war lost their families and friends because of physical and mental changes. Some even lost their ability to function day-to-day as they once did.

Benjamin Waldron, sophomore student and member of SHS ROTC (Reserve Officers’ Training Corps) shared, “I think it is unfortunate that a significant number of veterans finish service lacking the opportunities to have a fulfilling civilian life.” Waldron continued, “Veterans who have mental health issues can seek assistance from the VA [veterans affairs] and will likely receive financial compensation for their service. Overall, I think the solution to the large number of homeless veterans can be addressed by helping them become employed.”

According to Phychologytoday, the number of returning veterans who become homeless due to mental health problems or economic hardship is increasing. Despite numerous media stories about homeless veterans and the problems they face, actual studies exploring the incidence and causes of veteran homelessness remain scarce.

Meanwhile, about 1.4 million other veterans are considered at risk of homelessness due to poverty, lack of support networks, and dismal living conditions in overcrowded or substandard housing.

Veteran Services give veterans and their families access to a class-leading continuum of providers. Everything from superior legal, housing and emergency service providers to employment, recreation and fitness, financial capabilities are provided by this program.