Up-and-Coming Music Artists to Add to Your Playlists 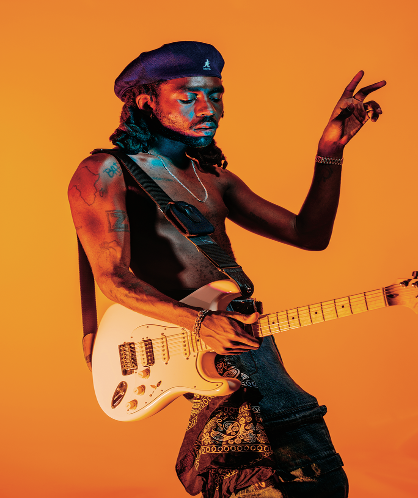 Are you looking to diversify your music taste and listen to something new? Here are a few up-and-coming bands and artists that deserve your recognition.

This list will contain musicians and bands from different types of genres such as alternative, R&B, pop, and so much more. Listening to these artists will unlock a personality you never knew you had.

Punk rock band, The Garden makes music targeted for younger generations of alternative kids looking to express themselves. This band was formed in California by two identical twin brothers, Wyatt and Fletcher Shears. Songs such as “Call This # Now” and “Voodoo Luck” are among some of their most popular songs.

Dev Hynes makes his music under the stage name, Blood Orange. This R&B, indie alternative musician has amazing songs including,“Hope” and “Chewing Gum.” Sanderson Senior Margaret Haygood expresses her admiration for the singer saying,“His songs give me a feeling of calm and peacefulness that I always feel good about.” Blood Orange also gives representation to indie kids of color that feel like they are not seen enough.

This pop band gives off a very fun and funky vibe. Popular songs like “Prom Queen” and “Sports” will have you falling in love with their music. With lead singer Lin Trifilio’s agile vocals and a fast paced beat, these songs just make you want to dance!

The Marias is an indie, psychedelic pop band with songs that give you a feeling of romance. Their calm tones transport you somewhere peaceful, like floating in a body of water, or on a late night drive. Maria Zadoya is the Puerto Rican lead singer of the band. She gives representation to many hispanic-indie kids that aren’t fully represented in the mainstream media.

Dijon is an R&B musician. His songs,“Skin” and “Wild” are great options for first-time-listeners. According to a Vice article about Dijon, he never intended to become a musician. He really wanted to be a teacher. He has since proven that music is definitely his calling.

Now that you have read a few suggestions, it is time for you to listen. See if one of these artists becomes your new favorite and helps you express yourself in an unexpected way