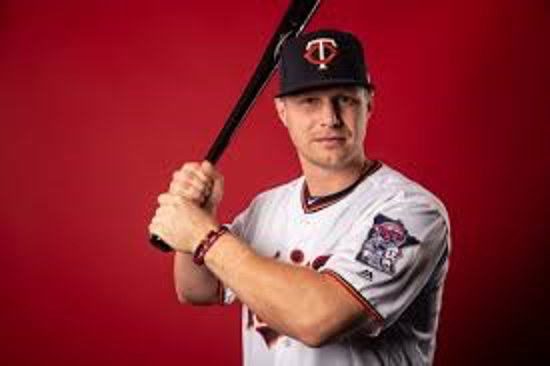 A Sanderson Graduate has made it to the Major Leagues. Ryan Jeffers, who graduated from Sanderson High School in 2015, earned a starting position on the Minnesota Twins as catcher.

On August 20th the former Spartan debuted going two–for–three in a game against the Milwaukee Brewers.

This is coming on the heels of a short but illustrious minor league career. He spent two years in the minor leagues playing for Elizabethton, Cedar Rapids, Pensacola, and Fort Myers.

At The University of North Carolina Wilmington, Jeffers hit .327 playing and would make the All-Conference Team twice. In 2018 he led the conference in Home Runs and On–base percentage.

This attracted the notice of the Minnesota Twin organization who drafted him in the 2nd round. During his time in the minor league he made the MiLB Twins All Star Team in 2018 and 2019.  In Single–A he won Midwest League Player of the Week for July 30th to August 5th where he batted .538 and scored 8 runs.

Before the draft and before walking on at UNCW, Spartans red was the color worn by Jeffers.

When asked about his memories of the former Spartan Head Baseball Coach Todd Laughlin said a particular game came to mind.

“One very memorable at-bat was in 2014, “Laughlin said. “We were playing Middle Creek (High School) in the first round of the state playoffs. In the bottom of the final inning we were trailing by one run. We managed to get runners on first (Daniel Liebman) and second base (Cory Wood)”. Laughlin recalled.

He finished the story telling how they won the game “Ryan came through in the clutch hitting a base hit into right field which was enough to get both Cory and Danny around the bases. These were the tying and winning runs!”

Jeffers will start on Sunday August 30th against the Kansas City Royals.