Welcome Back! – STE Headed Back to Nationals 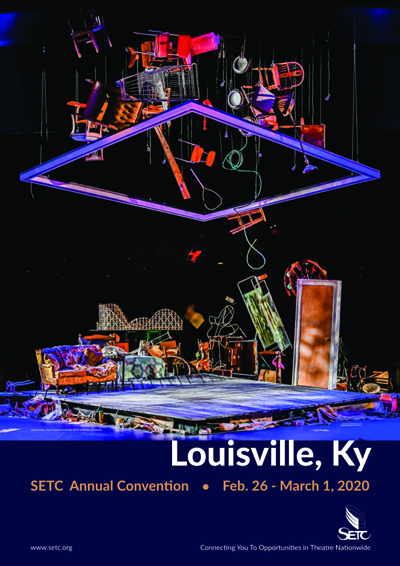 Christmas came early for the Sanderson Theatre Ensemble as they earned a spot in the South Eastern Theatre Conference. STE will be traveling to Kentucky to compete in the National Competition against some of the highest ranked high schools in the country.

In order to secure their national rank, STE competed in both the Regional and State shows. STE’s showing of Earnest and the Pale Moon earned the actors and actresses Distinguished Play recognition.  An honor determined by judges choice. Watauga High School also qualified featuring the same show, this is a first in the North Carolina Theatre Conferences history.

Barbra Romeo, a cast member of the “Ernest chorus” shared her excitement,  “ We were surprised that we made it to (nationals) for two consecutive years, but all of us are so excited to have the opportunity to share our production at nationals.”

Ernest and the Pale Moon, is a fascinating and haunting story with obvious influence from both Edgar Allen Poe and Alfred Hitchcock. Originally written by Oliver Lansley, the play takes on a murder mystery from the perspective of a derranged man with obsessive tendencies. Sanderson junior Camden Trimmer took on the role of Ernest Helem alongside senior Lissa Pope playing the role Gwendolyn Betram.

On February 26, the Spartans will make the eight-hour drive to Kentucky for the competition,  given they meet their fundraising goal of $25,000. The donations will go toward covering transportation costs of both the cast members and props, housing for the cast members and most of the food cost. STE also must pay for their entry into  the national production. To donate to STE, click on the link below to visit their GoFundMe, “Send ‘Earnest and the Pale Moon’ to SETC.