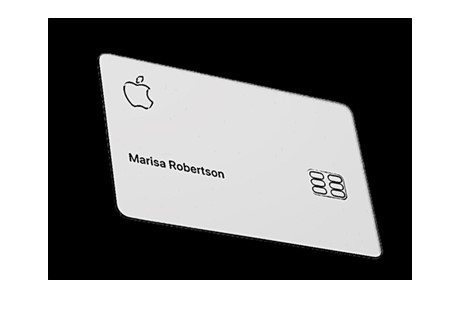 Apple has conquered the technology industry, and now the company has its sights set on banking. In March of 2019, the company revealed a  new Apple Cash card, which was released August 20. The new card has many different features than regular credit cards, which is why many people are excited to start using it. According to Apple’s website, “it represents all the things Apple stands for things like simplicity, transparency, and privacy.”

The Apple Card will be used with iPhone’s Wallet app. With just one click, all banking information can be viewed. The app will replace the need to log into different websites to check credit card information or purchases, making it more user-friendly and convenient.

The card categorizes purchases and creates a color-coded chart which allows for a person to see what they’re spending money on each day of the week. Every category gets a color; for example, food is orange and entertainment is pink.

When buying something with the card, 3% of the purchase goes directly back to the account. There is no limit on the amount one can receive back in Daily Cash, and the money is available immediately, which is a feature many are excited about

Apple is helping people save money on interest by encouraging them to pay the due balance on their payments every month. Instead of giving users a deceiving minimum payment, the card calculates the recommended payment amount in order to avoid interest. It also gives “smart payment” suggestions which push users to pay off their card faster.

One of the biggest concerns Apple is addressing with its new card is safety. Purchases are authorized using Face or Touch ID. This way, a stolen phone cannot be used to make purchases. The card also has no numbers on it so no information can be stolen or comprised. However, if there are fraudulent charges, users can freeze their card using the Wallet app or pinpoint where the purchase was made using the map feature.

The Apple card will change the way consumers shop and pay bills forever.